Conquering mountains and perpetual snow has always been a human challenge, and Polish team Art Games Studio celebrates just that: Climbers: The Sky is the Limit.

Come learn more about this survival game set in some of the harshest environments on Earth.

Developed by Polish studio Art Games Studio (and published by PlayWay Games), Climber: Sky is the Limit is an adventure game that mixes simulation and survival elements, set in the mountains of Earth.

It's easy to guess that in Climber: Sky is the Limit, the player is a mountaineer looking for adrenaline and adventure by climbing some of the highest and most dangerous mountains in the world.

This is understandable, an extremely difficult and dangerous task that requires careful planning, including the selection of equipment, food, tools and accessories, as many obstacles need to be overcome along the way, such as drastic changes in weather conditions or avalanches.

Incidentally, the development team of Climber: Sky is the Limit has made it clear that the game is betting heavily on the single-player campaign, which takes on special importance during the planning stages.

Before starting each expedition, the player must choose a path to follow. In addition to the morphological characteristics of the terrain, you must also consider the expected atmospheric conditions. Sometimes the seemingly easiest path isn't always the best...

In a climb of this nature, timing is sometimes paramount. Sometimes a difference of a few hours marks the line between reaching the peak or getting caught in the middle of heavy snow. 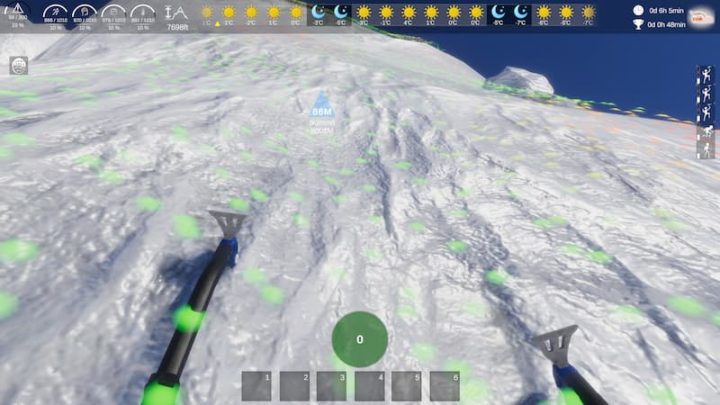 Each mountain has its own difficulty and specific challenges (avalanches, large cracks, vertical walls, unstable weather conditions...) and for each challenge, various tools will be provided.

Whether it's an ice axe, carabiner, the right shoes, support ropes... the player must be prepared in advance. Note that, as you might expect, the equipment and tools that appear in the game are based on what exists in reality. 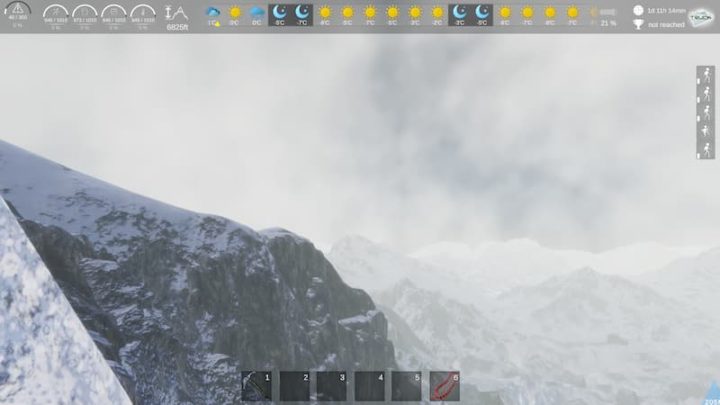 Rest is also important in Climber: the sky is the limit, so we must also consider rest and strength recovery equipment that we carry with us. Details like good food management to restore energy, a good sleeping bag to rest your body or a warm jacket to face the snow (yes, body temperature matters) are all crucial.

Of course, all of this requires investment, whether it's in travel, gear... and this way, Climber: Sky is the Limit has a fundraising system that allows players to raise enough money for each expedition. However, some sponsors may need to overcome some kind of challenge... 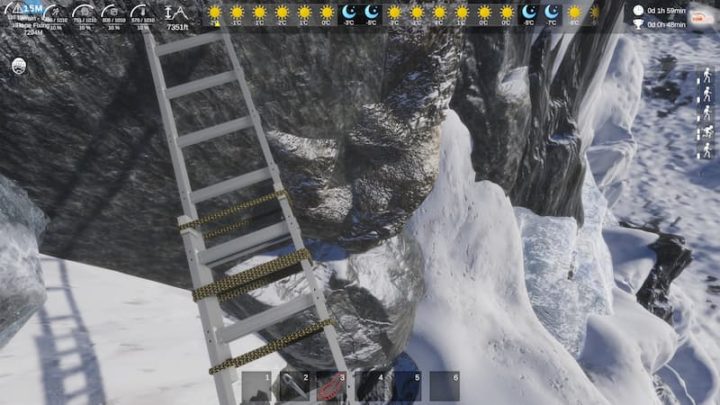 In the game we can find some of the most majestic mountains on earth, such as Mount Everest, K2, Broad Peak.

Out of curiosity, Art Games Studio revealed that in order to create the most realistic and immersive simulation possible, they developed the game with the support of professional mountaineers.

Climber: Sky is the Limit will release on PC later this year, sometime in the second half of the year.